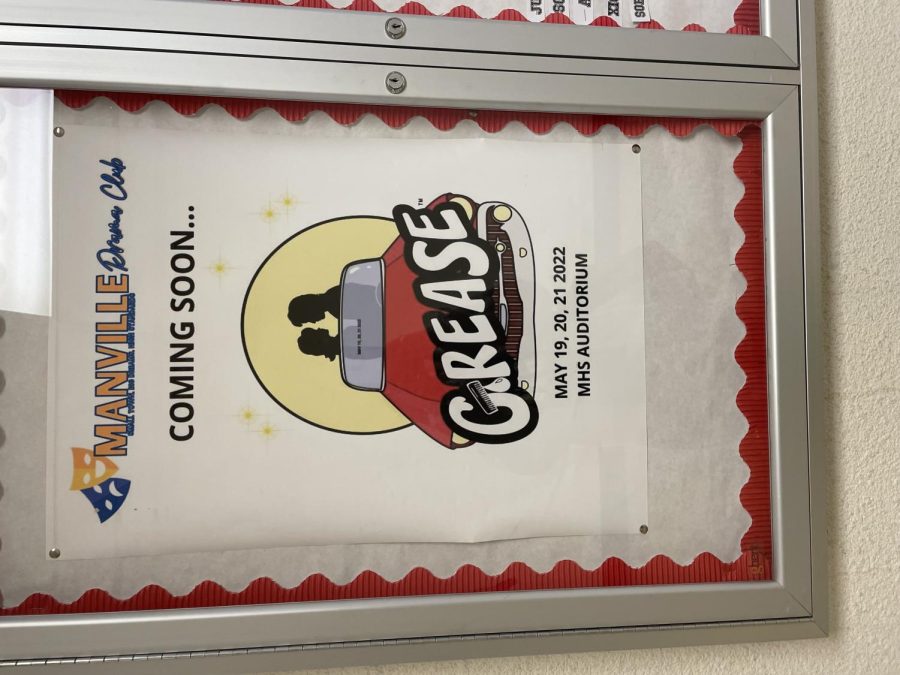 As the 2021-2022 school year reaches its second half, the Manville High School Drama Club is proud to announce their production for this year will be Grease, based on the original Grease movie released in 1978. This years’ production will be the second time MHS has performed Grease in its time.

The main character cast list consists of Juliana Bucciero as Sandy, Anthony Yakobchuk as Danny, Cami Galvez as Rizzo, Jacob Reilly as Kenickie, Kamryn Conover as Marty, Kayla Knape as Frenchy, Todd Peterson as Doody and Teen Angel, Chloe Gosk as Jan, Lukas Rios as Sonny, and Kyle Sibaja as Roger. The ensemble is a very long list consisting of students from all grade levels at the high school.

As the ABIS production of Frozen comes to an end, the Grease cast is getting ready to begin their daily rehearsals in order to have the entire Grease play ready for performance by May for a three-night production on the 19th, 20th, and 21st. For ticket sales, visit the Manville High School website in May!